Evolution of basketball and sports infrastructure

Basketball is a very popular sport all over the world, it started in 1891 as a replacement for American football and was seen as a less injury-prone indoor sport. It was created to keep Athletes in good shape during the winters, slowly it became popular and became a self-sufficient sport. The 1st professional basketball league came into existence in 1898. Slowly basketball became a popular game and was introduced in the 1936 Berlin Olympics, but it was played on an outdoor tennis court, as sports flooring was not a thing back then. Basketball when started was played with a football, but because of unstable dribbling, it was replaced by what we know as a basketball now, which was 1st manufactured in 1894 by a cycle manufacturing company. Basketball was very different earlier, the matches were short, dribbling wasn’t allowed, fouls were allowed, and the number of players was more than what we know now.

The standard NBA floor is made from Acer Saccharum, also known as hard maple. This special type is harder than most hardwoods and has a light color. The standard NBA floor is Around a 120′ x 60′ slab of wood with a 94′ x 50′ court painted on it. This is a basket court dimension. Ideally, basketball is played indoors. An indoor basketball court has flooring that is made of wood but in many countries especially countries like India basketball is mostly played outdoors on a concrete court, there are very few indoor courts in India. Outdoor basketball court flooring is very different from indoor flooring. Concrete is capable of withstanding extreme heat/cold weather, provided it has been installed correctly with barrier and sealant. Concrete can also be painted using acrylic re-surfacing paint, adding free throw lines, a key, and three-point lines. The issue with a concrete court is the safety of their players, concrete is hard for knees leading to long-term injury, and concrete base, if not done properly, can crack or chip off in a few years. 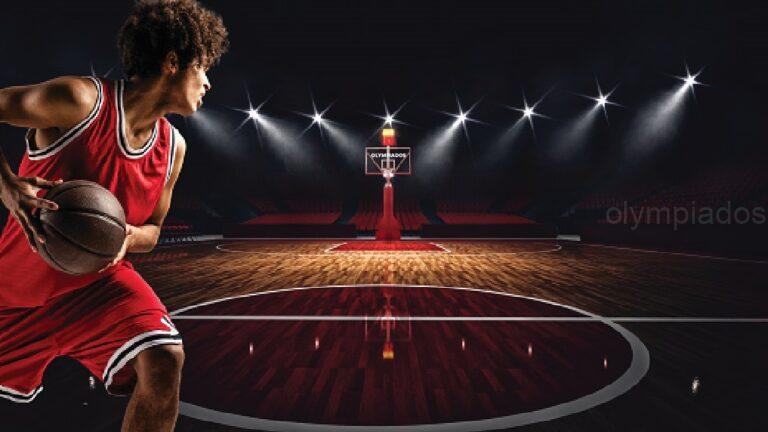 Most courts in public parks and outdoor community centers or schools have asphalt surfacing.

This surfacing is a combination of fine sand and oil. Lower installation costs make it an ideal option for outdoor basketball courts.

Many schools use the court for different activities for such things multi-purpose flooring is a good option.

Multi-purpose flooring is made from a combination of asphalt and concrete. Concrete mixed with asphalt offers a sturdy foundation. Materials used for the upper surfacing of multi-purpose courts are

The rubber material is a top standard for high-performance basketball court surfacing.

The rubber surfacing gives extra cushioning to reduce the impact of falls.

the flooring has a high shock absorption capacity 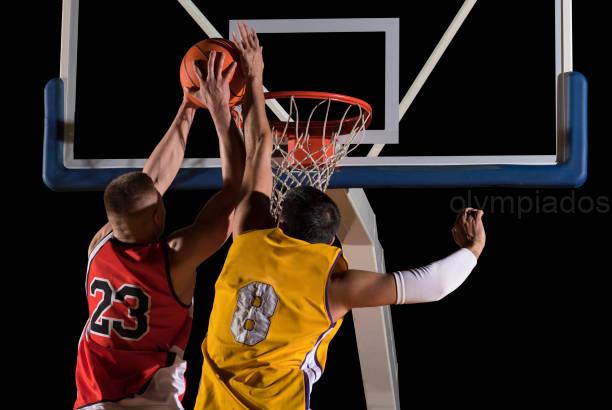 Basketball in India has been around since the 1950s, it is growing in popularity every year with infrastructure developments every decade with proper sports Infrastructure contractors and sports flooring companies. These courts can be made in India as per the requirement of the client and as per the availability of land (indoor and outdoor). Basketball is a popular sport in India and is played in most schools/colleges in India. The overall size of a High School Basketball court Flooring is typically 84 feet long and 50 feet wide. The sports flooring companies in India have changed the game of developing infrastructure in India. When installed correctly or refurbished by the right contractor, we can improve the already existing sports infrastructure in the country and can make better infrastructure for future generations to get our Athletes ready for world standards and win medals at the international level.

Connect with us to take your game to the next level